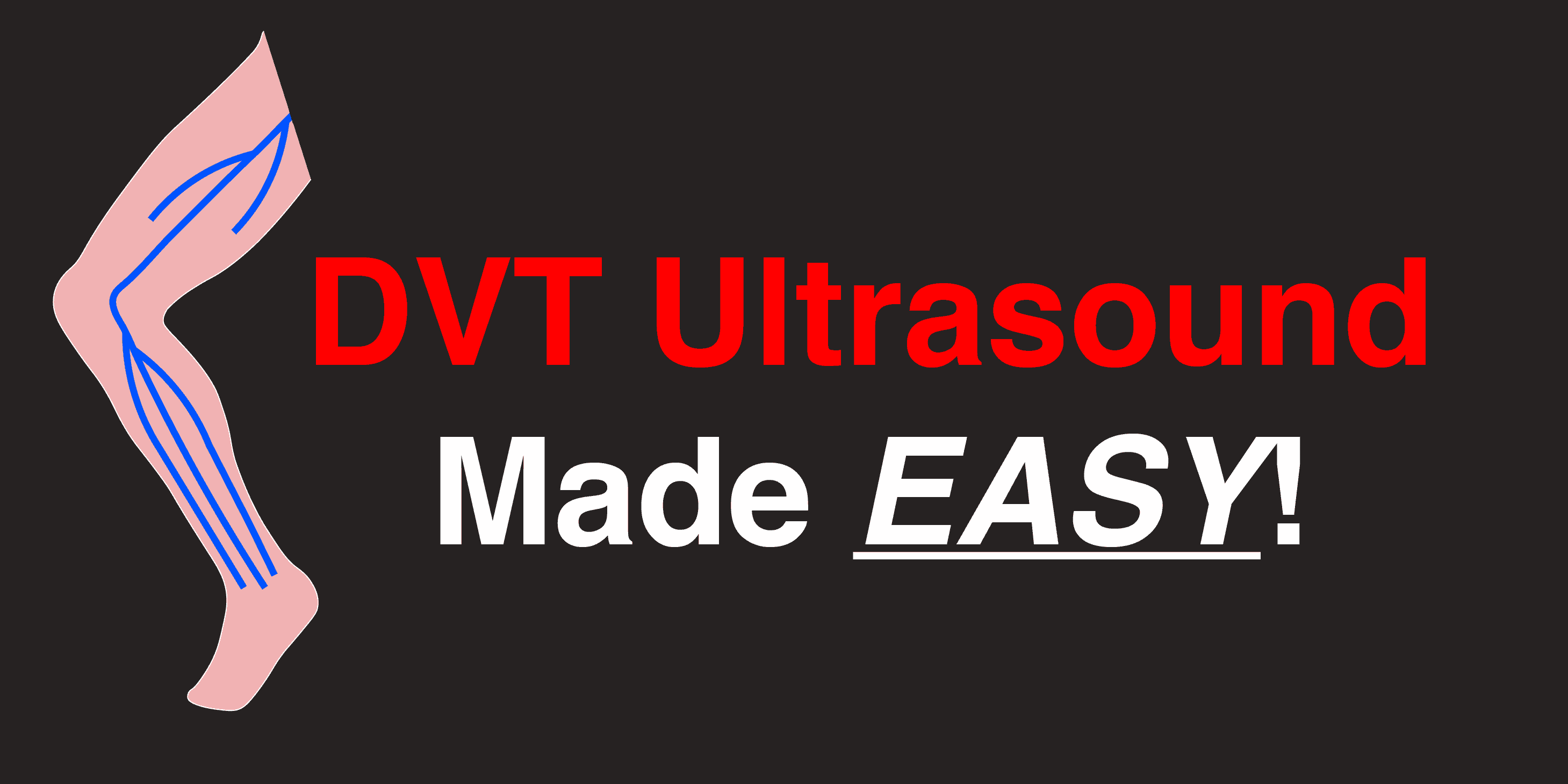 An unrecognized or untreated Deep Vein Thrombosis (DVT) in the lower extremities is a major concern because a clot can dislodge and lead to a pulmonary embolism and hemodynamic instability.

Point of Care Compression Ultrasound is a quick and non-invasive way to assess for DVT with very high sensitivity and specificity so you can determine if anticoagulant therapy is necessary (Burnside 2008).

In this post we will show you how to use Point of Care Ultrasound (POCUS) to:

After learning these principles, you will be able to use Point of Care Compression Ultrasound to assess for DVTs in the lower extremities with ease! Below is a Deep Vein Thrombosis Ultrasound PDF Pocket Card you can download to help you remember the most important points.

The venous anatomy of the lower extremity is fairly simple. Going from proximal to distal, here are the most important veins in the leg you will need to know for DVT ultrasound:

The most proximal vessel is the Common Femoral Vein (CFV), which gives off an important superficial branch known as the great saphenous vein. The CFV continues on to give off a deep femoral vein, and a femoral vein.

Editor’s Note: The Femoral Vein is also previously known as the Superficial Femoral Vein. Don’t be misled by the name – the (superficial) femoral vein is actually part of the deep venous system. A study from 2011 showed that 75% of junior clinicians believed this vein was a part of the superficial venous system (Thiagarajah, Venkatanarasimha & Freeman). A clot in the (superficial) femoral vein is in fact a deep vein thrombosis and requires anticoagulant therapy to prevent a pulmonary embolus. Don’t get confused by the nomenclature!

In this section, we will go over a step-by-step ultrasound approach to evaluate for deep vein thrombosis by visualizing the veins and using venous compression using a standard DVT Ultrasound Protocol.

It is important to note that there are several published protocols using anywhere from a 2-point ultrasound scan to a whole leg scan. We have found a 3-point compression ultrasound protocol to be most feasible while maintaining similar sensitivity and specificity when compared to a whole leg scan (Lee, Lee & Yun). We will focus on performing the 3-Point Ultrasound scan in this post, but here are the differences between the protocols that you may encounter:

2-Point Lower Extremity DVT Ultrasound: compression ultrasound including the femoral vein 1 to 2 cm above and below the saphenofemoral junction and the popliteal vein up to the calf veins confluence.

One of the biggest issues with performing DVT ultrasound is knowing how much to compress the vein. If the operator does not apply enough pressure or if the ultrasound probe is not perpendicular, these can lead to false positives for DVTs.

You should apply pressure until the pulsatile artery compresses slightly. If the adjacent vein compresses completely, there is no DVT. Refer to the figure below for an example of proper technique. If the vein does not compress completely, it is likely the patient has a clot in that region.

Editor’s Note: There is a theoretical risk of dislodging a clot and causing a pulmonary embolism with compression. This is a rare complication, but something you should be aware of.

Step 5: Scan the Trifurcation of the Popliteal Vein

Direct visualization of the echogenic clot with ultrasound is a definitive way to detect a DVT. Among the indirect ways for diagnosing a DVT, compression ultrasound provides the highest sensitivity and specificity. A study of 220 symptomatic patients scanned for DVT with compression ultrasound yielded a 100% sensitivity and 99% specificity (Lensing et al, 1989). In comparison, augmentation with Color Doppler does not improve the accuracy of scanning and requires squeezing the patient’s leg, which could dislodge any present clots and cause a pulmonary embolism (Lockhart, Sheldon & Robbin; Blaivas et al).

Our recommendation to diagnose DVT is to first use the direct visualization technique. If an echogenic mass is not apparent, we recommend evaluating the compressibility of the veins. The use of color Doppler and augmentation are optional modalities.

Depending on the age of a clot, you may see an echogenic mass inside the vessel on ultrasound if your probe is directly over the mass. You may not be able to see acute thrombi because they are anechoic or hypoechoic and they tend to be near the edges of the lumen. As the thrombus ages, it becomes more echogenic and retracts from the vein walls, making it much easier to detect with ultrasound. Therefore, when scanning for clots, do not just rely on direct visualization and always be sure to perform the compression technique to not miss any acute DVTs.

Examples of Non-Compressible Veins of DVT

Editor’s Note: Use this method with caution as there could be a risk of dislodging any existing clots and causing a pulmonary embolism.

Below is a video we made summarizing how to obtain the views for DVT ultrasound as well as how to evaluate for DVT pathology:

It is important to treat DVT since one out of three patients with untreated DVT experience clinically significant pulmonary embolism, and the short-term mortality rate from untreated PE can exceed 20% (Burnside et al).

It is beyond the scope of this post to explain all of the possible treatments for DVT, but here is a proposed algorithm adapted from Mazzolai 2017:

There are a few structures that can be mistaken for a deep vein thrombosis because they look like non-compressible vessels. These include superficial thrombophlebitis, Baker’s cysts, lymph nodes, pseudoaneurysms, and groin hematomas, which we will show below.

To help avoid these false positives, be sure to always identify that the vein is next to an artery. Additionally, if you compare the vein in Short Axis and Long Axis views, it will look circular in the short axis view and cylindrical in the long axis view.

Superficial thrombophlebitis occurs when there is a clot in a superficial vein, like the great and small saphenous veins and the varicose veins.

A clot in a superficial vein will show the same signs on ultrasound as in a deep vein; you can see an echogenic mass with direct visualization, non-compressibility, and decreased or absent color flow. The major difference is that superficial veins do NOT accompany arteries while deep veins do (Naringrekar et al).

This pitfall is more likely in obese patients whose superficial veins are enlarged and can be mistaken as deep veins.

A Baker’s cyst is a fluid-filled cyst in the popliteal bursa on the back of the knee. This can result from inflammation of the knee joint or a knee injury, like a cartilage tear.

These popliteal cysts can present with similar symptoms as a deep vein thrombosis such as sharp knee pain, calf swelling, and occasionally erythema.

On ultrasound, a Baker’s cyst appears as a circular anechoic mass with sharply defined borders in both the longitudinal and transverse view (Zitek, Baydoun & Baird). On Color Doppler, there should be no flow.

Lymph nodes are part of the adaptive immune system and can become inflamed when the body is fighting an infection.

On ultrasound, a lymph node can look similar to a clot because it is a hypoechoic oval structure with a hyperechoic center. However, if you scan the lymph node in the longitudinal view, it becomes apparent that the object is circumscribed and not tubular in structure like a vein (Zitek, Baydoun & Baird). Lastly, a lymph node will disappear quickly if you attempt to trace it up and down, unlike an artery or vein that will be continuous structure.

A pseudoaneurysm occurs when there is a partial rupture of an artery wall that leads to an outpouching of the artery with the accumulation of periarterial blood. This most commonly occurs from arterial trauma from an interventional medical procedure, gunshot, or a stab wound (Montorfano et al). These sites can become infected and give off emboli.

A groin hematoma occurs when blood leaks from an artery, typically the femoral artery, and causes localized swelling. Some risk factors can include recent procedure in that area, obesity, anticoagulation, and peripheral vascular disease (Kosmidou & Karmpaliotis).

On ultrasound, a groin hematoma will be hypoechoic with some anechoic areas scattered throughout. If you scan the hematoma in the longitudinal view, it becomes obvious that the object is circumscribed and not tubular like a vein or artery.

Very informative! Would it be possible to link to one of the videos in a publication?

Hi Josh! Yes of course feel free to link the videos into your publication. -Vi Dinh

Amazing, thank you so much,have not found better material online

Thanks so much Marek! Really appreciate the comment. It means a lot.

Hi we haven’t made this yet but will keep it on the list of blog post to do in the future! Thanks for the feedback. 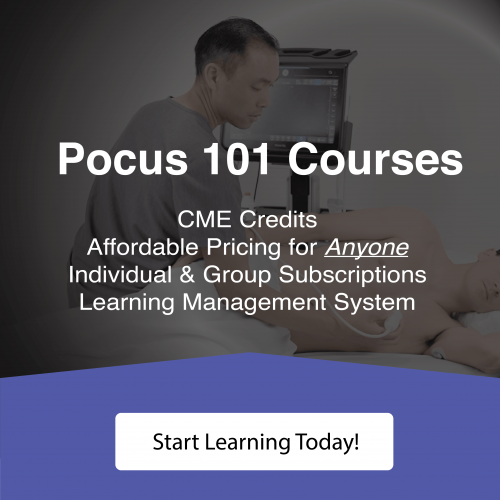 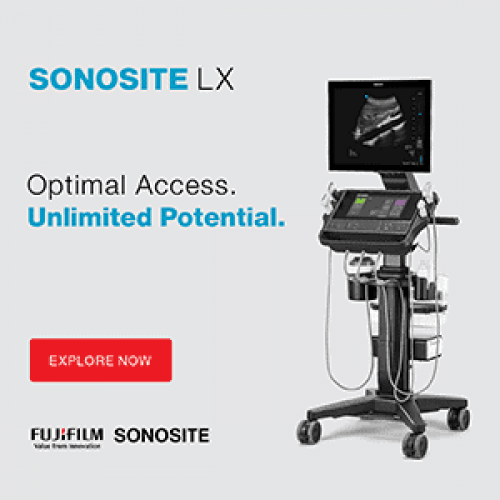 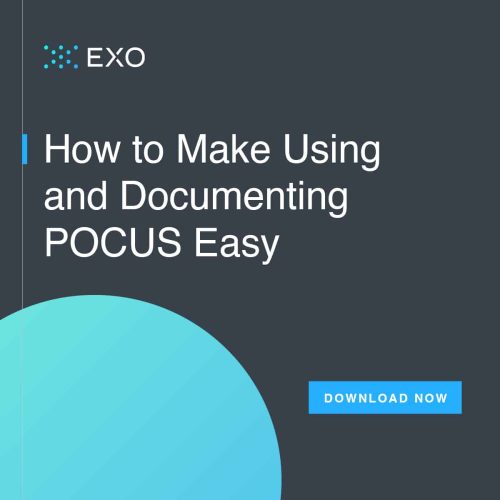 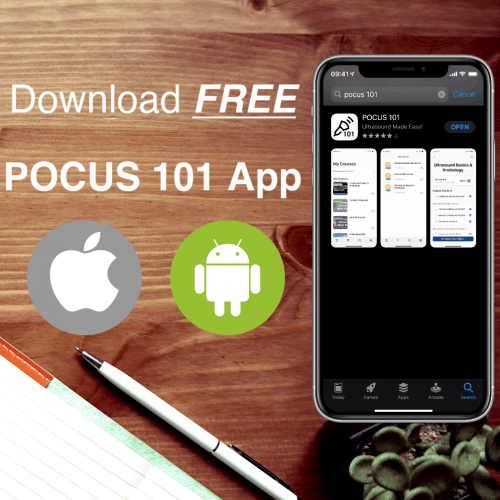 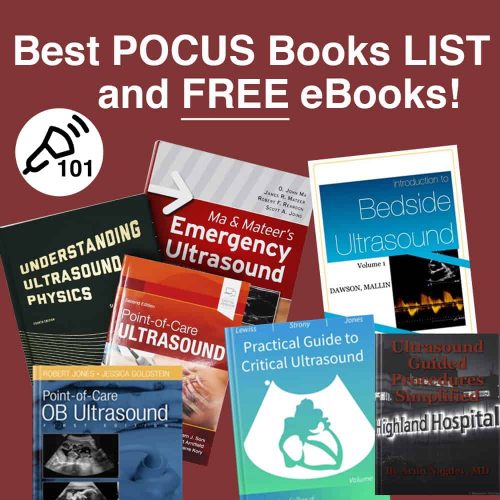